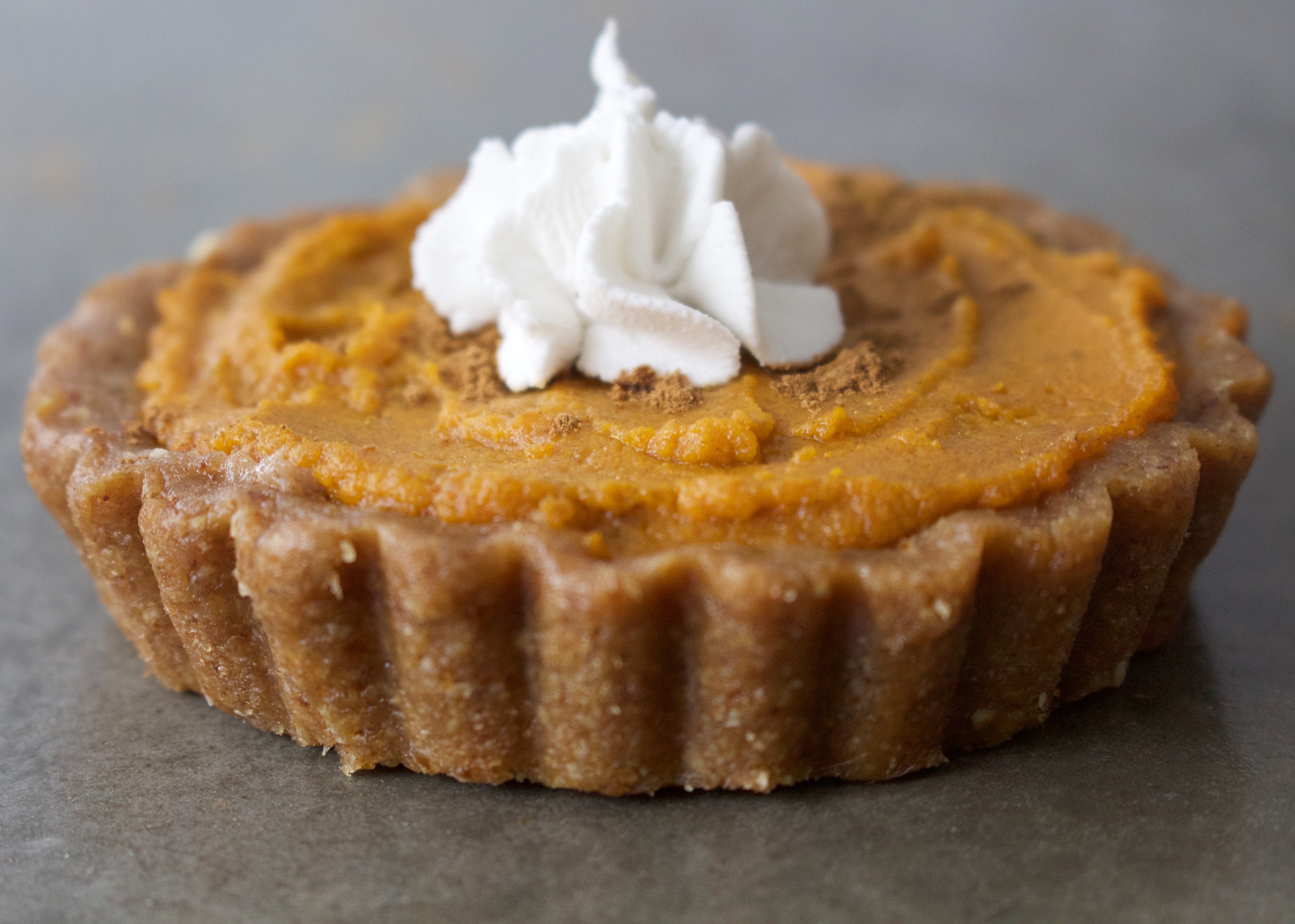 I’ve (still) never had a traditional Thanksgiving dinner, but this year Mr H volunteered me to make one. You see we were trying to get a date in the diary with a very busy bunch of our friends to come for dinner, and when we finally managed to get one in (it’s honestly been about six months in the making) we realised that it was Thanksgiving day. ‘We will host a thanksgiving dinner!’, he said. ‘It will be fun!’, he said. Now I don’t know about you but I don’t tend to make massive roast dinners on random Thursday nights while Mr H is at work and I’m trying to look after a small child BUT I like a challenge so I’m going to see what I can do.** It’s the mains that are freaking me out a bit but dessert, well I’ve got it covered. I’ve been recipe testing this bad boy and I think I’ve totally nailed it. It’s easy as pie (soz) AND it freezes really well so if you’re like me and you’re trying to cook up a storm most likely one-handed, at least if it all goes to pot you’ll have a knock-your-socks-off dessert all ready and waiting in the wings (of the fridge).

So without further ado let me introduce you to my easy peasy raw pumpkin pie.

For the pumpkin filling

To make the base, just combine the ingredients in a food processor and whizz until they form a smooth, sticky mixture. Spoon this into mini pie tins or one large one and use a spoon to flatten it down and make it even on the base and around the edges. Pop in the fridge while you make the pumpkin filling.

For the filling, add all the ingredients to a food processor and blend for about five minutes until a smooth mixture forms. Spoon this into the pie tins evenly, then top with cinnamon, coconut cream or pecans to decorate. Place the pies in the fridge for an hour to set, then get eating, and get thankful!

**Since I wrote this, my amazing mother in law agreed to come over for the day and help me out. Phew!