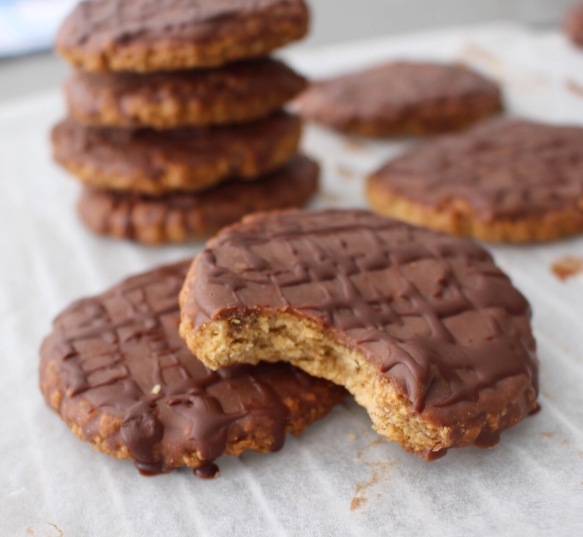 When I was little my brother and I used to have the loveliest Czech babysitter. As all little people do, we loved convincing adults to tell us swear words in different languages so that we could use them in the school playground or wherever without getting told off, so anyone who spoke a foreign language was a valuable resource to us. Our babysitter didn’t mind indulging us in our favourite pastime (anything to keep us occupied while our parents were out) so she taught us a couple of words. One such word was ‘hovno’ which is apparently Czech for ‘shit’, but the way she said it it sounded like ‘hobnob’ which to us was hilarious and of course it stuck.

To be fair to hobnobs they aren’t shit in fact they’re pretty delicious, especially when accompanied with a cup of tea on the side, but they are full of sugar (each 18.8g biscuit has a whopping 6.2g of sugar) and other ingredients I tend to try and avoid such as palm oil and cow’s milk.

So without further ado (read: rambling) let me present to you my seven ingredient milk chocolate hobnobs – all natural, no nasties, just pure, unadulterated deliciousness. They’re literally the best thing ever and I now can’t stop making (and eating) them! Give them a go and you’ll see what I mean!

For the chocolate on top

To make the biscuits, just combine the ingredients in a mixing bowl and stir well so that everything is all nicely combined. Preheat the oven to 180C and bake for 15 minutes – the biscuits might still seem a little soft in the middle but they will continue cooking after you take them out so don’t worry! Leave them on a cooling rack for an hour or so then make the chocolate by melting the cacao butter in a  bowl over a saucepan half full of water and then stirring in the other ingredients. Dip the biscuits in the chocolate (you might want to do this a couple of times for each biscuit) and then drizzle any extra chocolate on top. Leave them in the fridge for a couple of minutes so that the chocolate sets, put the kettle on and get your favourite tea brewing and dig in! 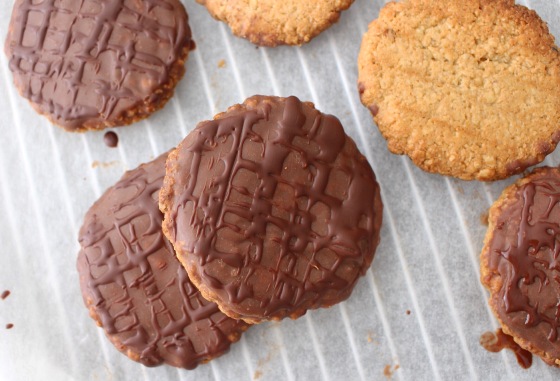