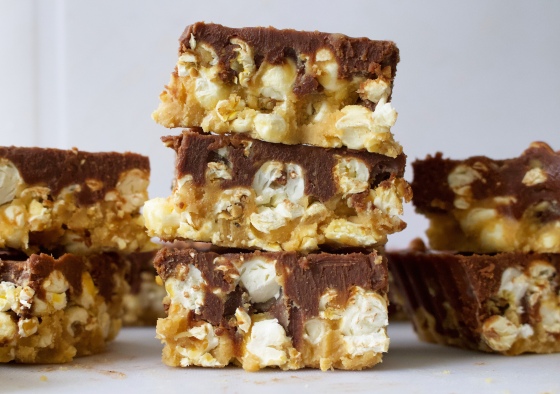 You guys have been loving my six ingredient flapjacks ever since that happy little day all those (two years) ago that I had probably one of the only brainwaves of my life and came up with them. But I do get a few people asking if there’s something else they can use to replace the oats with, and it got me thinking.

I’ve also really got into popcorn in a big way recently. It’s cheap, so easy to make, I know there’s no nasties in it and it’s probably a bit healthier than scoffing a bag of crisps. I’ve got into the habit of making a big old bowl of popcorn for Mr H and I to nibble through on a weekend evening while we watch a film, because let’s face it that’s about as wild as our Saturday nights get these days.

One day, not so long ago, another brainwave hit me like a popcorn kernel flying out of the pan into my face when you take the lid off to see how they’re doing and they haven’t quite finished cooking yet. Why not make POPCORN the star ingredient in some chocolatey fudgy flapjacks. You guys are not going to know what’s hit you when you’ve tried these – crunchy salty popcorn, sweet peanut butter flavours, chocolate fudge on the top….these are heaven like you’ve never ever tasted!!!! 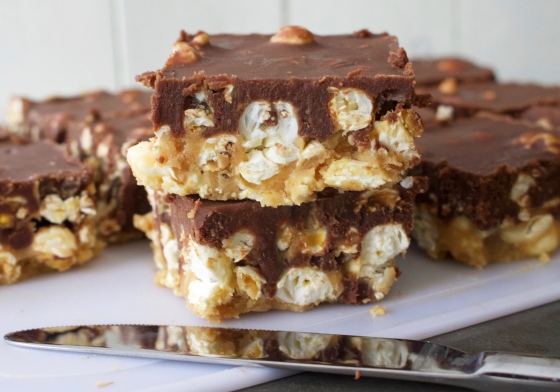